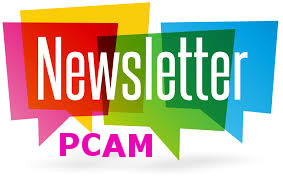 This is the latest in a series of Newsletters that we intend to publish five times a year, soon after meetings of the PCAM Committee.

Each Newsletter contains a brief report from the recent Committee meeting, plus other current news and views and an edited version of a recent query to the PCAM Helpdesk.

We encourage contributions to the Newsletter from PCAM members.  If you want to write something for inclusion or send us a link to something interesting you have read or seen, please contact admin@pcam.co.uk.

MESSAGE FROM THE CHAIR

Since our last Newsletter the PCAM Committee has continued to meet up via Zoom to discuss the state of the industry, new developments and issues, ongoing issues and PCAM initiatives.

Our last meeting once again highlighted that there are still some encouraging signs from adland as shoots get started again.  Some members are reporting heavy workloads as a backlog of pre-shot campaign work goes into post-production.  Visual post-production and editing houses are reporting much improved trade and our members on the whole have seen an uplift in briefs.  However, the production of campaigns is still very difficult.  Travel for locations is a major issue and there is a great deal of nervousness from brands and agencies around shoots, so we still aren’t seeing many ‘big budget’ campaigns.  The difficulties in shooting commercials, aside from social distancing, are that some brands are refusing to take responsibility for aborted costs and are even updating their contractual agreements to remove their liability for any issues that might arise.  Also, Covid-19 test results are taking too long to arrive in time for shoots (source: APA).

This is all causing adland’s recovery to be a lot slower than was hoped after our findings from the committee meeting in June.  A true reflection of advertising industry health will no doubt be felt once the furlough scheme winds up.  There are reports of widespread redundancies at the major advertising agencies.  As a supplier, it is strongly advised that you check the health of the business you are dealing with and ensure that you agree to good financial terms.  A simple free check on Companies House website will provide you with useful details but a paid-for credit check could be advisable if you are concerned.  A £10-£20 credit check fee could save you thousands in lost income.  Whenever possible, it is recommended to invoice (and get paid for) as much as you can upfront, mitigating the risk of non-payment further down the line once all the work is completed.

The website https://www.coronamusicians.info/ that we highlighted in June continues to be updated with the latest resources and information on government advice, money worries, legal advice, health issues, creative development and much more.

At PCAM, we are here to continue our support to you, and we wish everyone well.

The meeting began with a quick summary of the current state of the industry based on the experiences of those present:

Blair Mowat mentioned the resumption of some filming, but not as much as in the past.  A lot of TV shows are scheduled to resume production in September, but with production re-started and then shut down again on the new Batman film, the outlook for this remains unclear.

Freddie Webb noted that there has been huge pressure on animation companies, and some were struggling to fulfil complex briefs in the time it might take to do a live shoot.

Tony Satchell said that a couple of campaigns he was involved with were cancelled, then reinstated.  But any growth seems to have been with niche agencies dealing with specific areas.

Paul Reynolds reported that “a lot of scripts are flying around and people are bidding on jobs.”  But on the other hand, WPP expects to lose 40% of its creative workforce by the end of the year and many agencies have been laying people off.  There is a lot of brand-building work going on, but the last few months have accelerated the change whereby advertising money is spent increasingly on digital platforms.

Chris Smith said: “We are going to need a specific rate for YouTube, because it’s now become a major broadcaster.”  He also pointed out that the pound had slumped again, probably because focus is turning from Covid back to Brexit, where negotiations are not going well.  He thinks the pound may go as low as $1.20, which will have a major effect on the business, “making us cheaper but poorer”.

Here is a summary of other topics discussed at the meeting:

Defending internet fees.  A trawl of members asking for content for the September Newsletter brought a request for a statement from PCAM that members could use in justifying higher fees for digital campaigns.  This statement has now been put together as an intro followed by bullet points that can be copied and pasted as needed, and it can found later on in this Newsletter and on the PCAM website.

Finance and membership update.  Membership income in 2020 continues to run ahead of 2019 by just over £1000, and total membership is up by a small amount.  There has been only a trickle of new members, but still only one membership cancellation due to Covid issues.  With spending reduced because of the pandemic, PCAM’s reserves should be in better shape at the end of the year than they have been for a while.

PCAM website upgrade.  There was an extended discussion on the merits of dealing with ongoing membership/payment issues on the PCAM website by spending additional money for a temporary fix as opposed to starting again and building a simpler website with all the functionality we need that could be largely self-maintained.  The decision was to look at doing the latter, and we will start discussions with web designers.

PCAM Diversity Project.  Christo Patricios, who has taken the lead on a project to increase diversity on the PCAM Committee and offer more support to BAME members, was unable to attend the meeting, but reported that he has done a lot of reaching out to PCAM members on this issue but has met with little response.  People may just have too much to deal with right now to consider putting time and effort into PCAM on a voluntary basis, but Christo will keep trying.  Anyone interested in getting involved can contact him on christopatricios@gmail.com.

PCAM/PRS events.  Paul Reynolds and Dave Newton, Head of Membership Services at PRS, have agreed to wait until in-person events can be resumed before planning any further PCAM/PRS Seminars.  People have had too many virtual seminars over the past six months!

Indemnity insurance.  Paul Reynolds has met (by Zoom) with insurance provider Charles Milnes and has secured some quotes for indemnity insurance.  For worldwide coverage including the US, the cost would be £1500 for turnover under £100,000, £3,500 for turnover between £250,000 and £500,000 and £5000 for turnover between £500,000 and £1 million.  Charles Milnes is also setting up a website that PCAM members can use to get accepted for insurance, something that some members have found difficult because they are seen as production companies rather than composers.  We’ll update members on further progress, and also on the question of whether insurance can be purchased on a job-by-job basis.

Soundmouse.  PRS and Soundmouse have become very close, and PRS members are being urged to upload their music to Soundmouse, even though they only report to the PRS.  Dru Masters has raised this issue with the PRS Board, but so far there has been little response.  PRS seems to be, in effect, subcontracting Soundmouse to do their work, but as Soundmouse also works for various broadcasters, there could be a potential conflict of interest.  With Soundmouse getting paid by all sides, and the PRS taking a cut from composer-members, is there an additional cost to members because of the PRS use of Soundmouse?  Paul Reynolds will raise the issue with Dave Newton at PRS.

Next PCAM Committee Meeting.  The final PCAM Committee meeting in 2020 will be held on Tuesday 10 November, probably from 4.00-6.00 pm and almost certainly by Zoom.  Any member who would like to attend should contact PCAM Administrator Bob Fromer on admin@pcam.co.uk.

IN DEFENSE OF INTERNET FEES

We have recently heard from a couple of members that one or two of their clients have questioned their suggested fees for internet/digital use.  We thought it would be useful to explain why this might be the case and provide some information you can use in response.

Why have music usage fees for online increased?

Traditionally, fees for internet usage have been typically lower than TV.  But as the trend continues towards online streaming and social media over conventional TV broadcast, the value, reach and impact of this media space has experienced huge growth.  This in turn means that your music is being exploited much more than it was, hence the need to revise fees.

Here is more detail in the form of bullet points that you can copy and paste to support a quote that might be getting pushback:

If your client is still unhappy with the fees you quote, despite the compelling evidence above, then it makes sense to drill down to the exact usage details so you can quote accordingly.  Once you have the specifics of the campaign — whether it will go on Social Platforms (including sponsored posts), VOD (YouTube Pre-Roll), Broadcast VOD (ITV /All4 / SkyGo etc.), TikTok, Twitch or just Client website and non-sponsored social posts only — you can quote for what is actually required and avoid the client over-paying for online usage they don’t need.

One member asked us how we can know if a campaign has been geo-locked.  The short answer is that unless you are able to access the internet from abroad, you can’t.  But the likelihood of an agency using your work in other territories is low as this would be a breach of your contractual agreement with them.  This is something they will most definitely want to avoid!  if you have suspicions then reach out to someone in another territory via Facebook, LinkedIn or anyone you know abroad and send them a link to the campaign to see if they can access it.

A breakdown of all suggested online fees is available in the Members Area of the PCAM website under Guidance, Fees & Usages, Advertising — Internet Use.  If you have any questions in relation to your online/digital advertising use budget then please do drop us a line at info@pcam.co.uk and we’ll do our very best to assist.

CASE STUDY FROM THE PCAM HELPDESK

The lockdown hasn’t significantly reduced enquiries to the PCAM Helpdesk, where members can ask for help and advice on a wide range of music and music administration issues.  Here is a recent Q & A:

Q:  We’ve been asked to licence a track for 2 years or 5 years for online worldwide usage.  The original fee was £6350 for composition, Foley and five-year internal usage.  Any idea what we should be charging for this?

A:  The recommended rate for Internet Usage is 600% of your Composition Fee per year.  Seeing as your original fee was so small (and maybe a favour?) I’d quote a proper price for the internet usage now.

I personally would discount it (for paying up front) and charge them 1.5 times for two years and 3 times for five years.

The above rate is the market price; obviously you must charge only what you are happy with.  But please don’t go around underselling yourself and your talent.

LETTER TO THE CHANCELLOR FROM THE ISM

Creative industries cannot exist without professional creators. Producers and Composers of Applied Music stand together as PCAM to protect the conditions in which they work and to uphold the standards and value of professional creativity.